“When you follow God’s leading, you never know where you will end up! It’s just about being willing for God to take us where He wants, be His person wherever He places us, and do whatever it is He puts in our hands,” says Karina Mills (nee Batterham) from the Enga highlands of Papua New Guinea this week.

When Karina left the rural town of Dalwallinu to attend Swan Christian College in 1988, her perceptions of education were limited. A couple of small classrooms and a quadrangle in the remote Wheatbelt town three hours north-east of Perth made way for Swan’s ‘Q-Block’ with only a few more classrooms – but the teachers were completely different!

“It was just a public education until I came to Swan, and so it was a new experience to have Christian teachers in the classroom. I gained a lot from what I learnt from those teachers in the late 1980s – Martin Thyer was a fabulous Science teacher, and there was Mr Murray, Mr Nicholls, Mr Teo, and Mrs Pendal. They were absolutely incredible teachers.”

Karina boarded with a family in Helena Valley for Year 11 and then moved to board with the Gabrielson household (another Swan family) in Girrawheen for Year 12.

After graduating from Swan in 1990, Karina’s parents moved to Adelaide. Karina studied Occupational Therapy for four years, met David (a medical student who is now her husband), and completed her training.

Subsequent moves to Darwin and Katherine in the Northern Territory prepared the Mills family for the massive challenge of serving God overseas in a medical facility.

For those unfamiliar with Australia’s closest neighbour (only 150 kilometres separates the two countries at the nearest point), Papua New Guinea (PNG) has 800 languages and many islands. It is still very tribal in its governing systems. The somewhat rudimentary educational system of Swan Christian College in 1989 seems to stack up reasonably well once you access the curriculum on offer in the country known colloquially as ‘PNG’.

“It is amazing, really, and it’s another huge blessing that we take for granted in Australia. Coming to a place like PNG, you realise that a simple education (by Australian standards) has been really very beneficial. By comparison, working with people who haven’t had that level of teaching and learning – we are blessed,” says Karina.

The small hospital in the Enga highlands (known as Kompiam Hospital) proved to be an excellent place for David to practise Medicine. A small airstrip was built a number of years prior by Baptist missionaries to allow aircraft to bring patients and supplies into the valley.

The staff at the hospital needed schooling for their children if they were to remain at the campus for all hours of the day and night – how would they ever find a suitable school with a Principal who could meet their needs? Step up, Karina!

Along with another person who lived nearby, Karina began the task of turning the small lodgings into the beginnings of a mission school. A successful first year saw a handful of students taught in simple surroundings. The medical staff at the hospital had found the schooling option for their children!

“Initially, I was home-schooling, but then the school came out of that,” says Karina.

“In God’s providence, there was a teacher/parent, and he helped us to start it for a year. After a year he moved on to a new area.”

So that made you the Principal?

“Well, I am the Principal – but I certainly don’t feel qualified at all! I don’t feel fit for the job most days, but the Lord and I make a team.”

The school, now known as Kompiam International School, runs on the Accelerated Christian Education curriculum (ACE), which delivers a Biblical worldview to PNG residents who do not necessarily attend the local church each week.

The small school has grown each year, adding another year group to its campus and celebrating its first Year 12 graduate in 2020. Today, 56 students call the Kompiam International School their home, with new classrooms planned and the volunteer teachers being provided with housing where possible.

“She has hopes of studying Medicine after this year of foundational science. She’s got a job ready for her at the hospital as soon as she graduates!”

Despite the boundless optimism and a firm sense that God is leading their family at all times, life in the Enga highlands of Papua New Guinea is not always how the Occupational Therapist from Dalwallinu may have thought that life would turn out for her.

“I definitely feel like I am operating outside my comfort zone at times. I am very much dependent on the Lord to keep me going, to give me the strength and the grace to keep us all going,” says Karina.

“I certainly didn’t feel ready to lead a school, but that is the way that the Lord has led me and I need to allow Him to teach me to walk in that way,” says Karina, humbly.

“It’s been a learning journey for me and it’s been lovely to see how He has used this little school. It has become quite important to the hospital because it started with trying to meet the needs of staff but it has become the main reason for staff to stay and to continue to work at the hospital.”

As you can imagine, hospitals in PNG are very important, especially in rural areas.

What you may not know is that in PNG, nearly 50% of the nation’s health services are provided by non-government organisations (NGO’s) and this figure is higher in rural areas like the Enga province. Many of the supplies come through donations and generous individuals.

This delicate relationship is crucial to the people of PNG, and Karina is mindful of the school’s place in all of this:

“It’s doing our little bit to help the hospital run and provide for these people here. We are keen for everyone to hear the gospel, wherever they are from.”

How, then, can they call on the one they have not believed in?

And how can they believe in the one of whom they have not heard?

And how can they hear without someone preaching to them?

And how can anyone preach unless they are sent?

As it is written: “How beautiful are the feet of those who bring good news!” 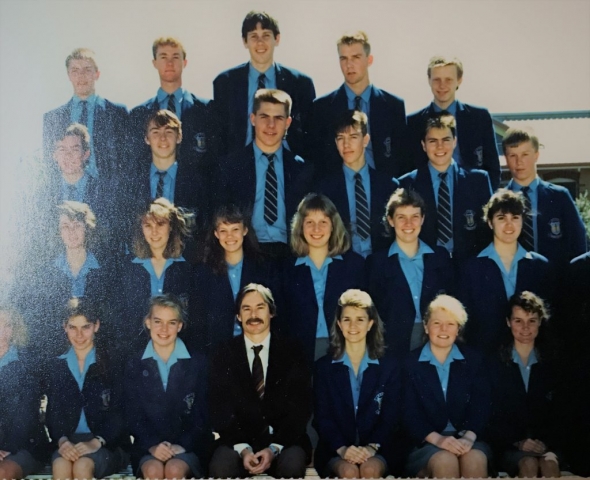 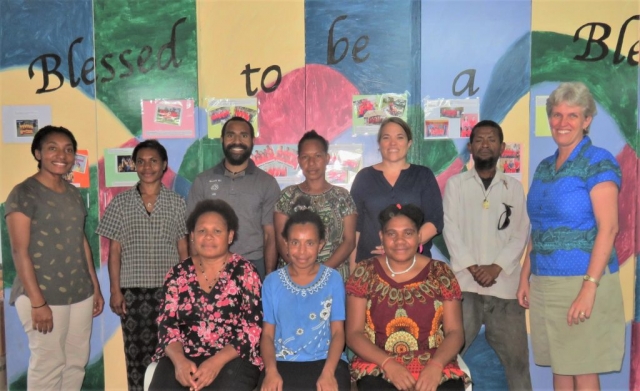 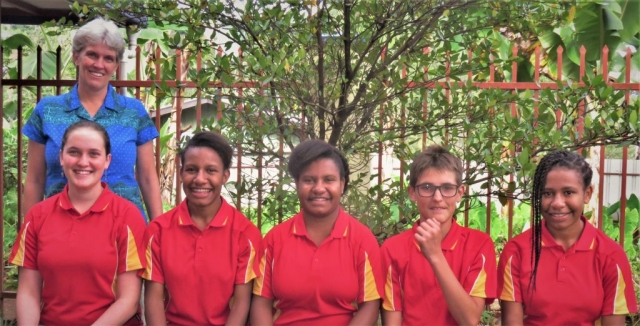 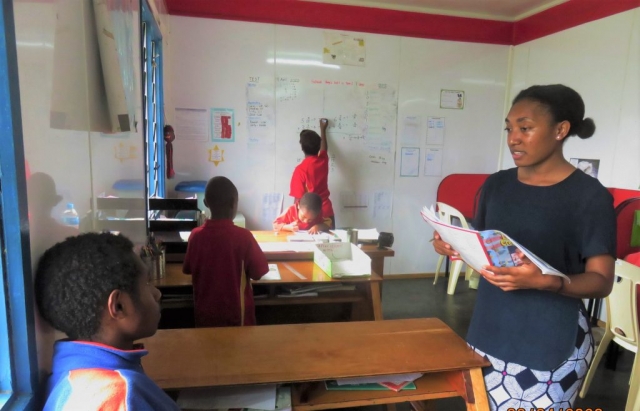 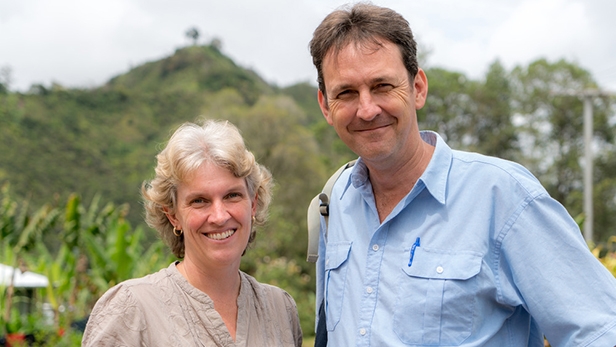 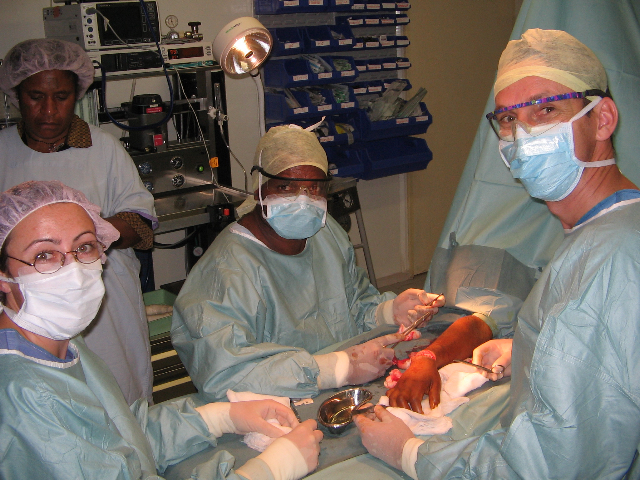 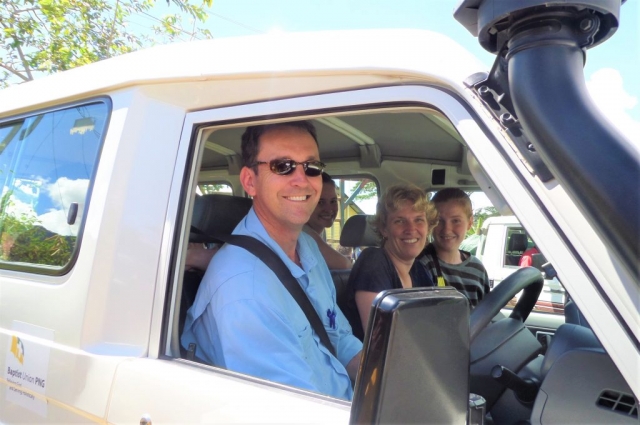 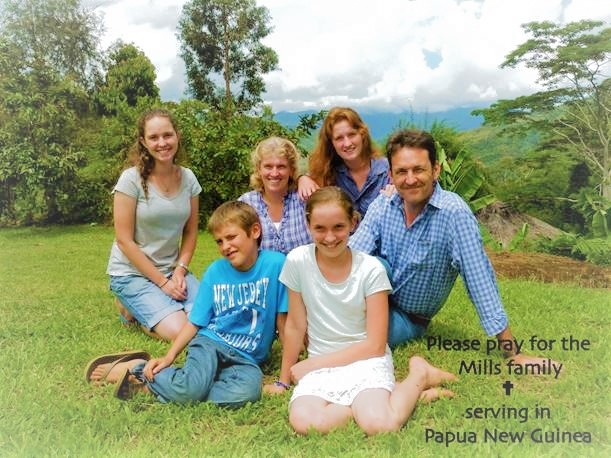