Term 4 may be upon us, but the efforts of Term 3 will be remembered by Filipinos who are benefitting from the incredible generosity of the Swan Christian College community.

The Philippines has more than 7,000 islands in its archipelago and the amount raised in Swan’s ‘Philippines Day’ matched that figure, with more than $7,000 being raised as part of a fundraising campaign.

Students were allowed to wear red, blue, yellow or white (the colours of the Philippines flag) and were given the opportunity to raise funds to support a school in the Philippines called Malay Agape Sunbeam Academy Inc. which is located in the Aklan province near the island of Boracay.

In the lead up to the day, students asked family and friends to sponsor them to give up something they loved (for example social media, chocolate, their favourite toy or computer game) for five days.

One of the more popular fundraising activities at the Philippines Day Royal Show was the ‘Kiss-A-Fish’ activity.

This involved four teachers who were nominated to kiss a frozen fish, with the teacher who raised the most money winning the competition.

Mrs Alycia Greaves and Mr Scott Puzey both tied for first place in the fundraising stakes, and Mrs Greaves had to kiss the mouth of the fish, while Mr Puzey kissed the tail of the fish!

It was a fun-filled day to end Term 3 and gave the students a chance to focus on those who are in need in the Philippines.

What an amazing effort! 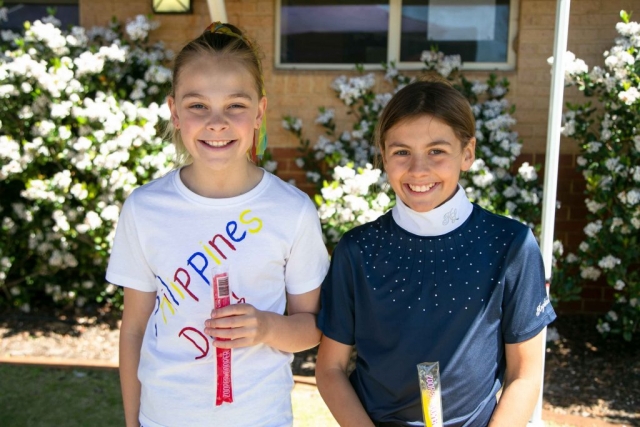 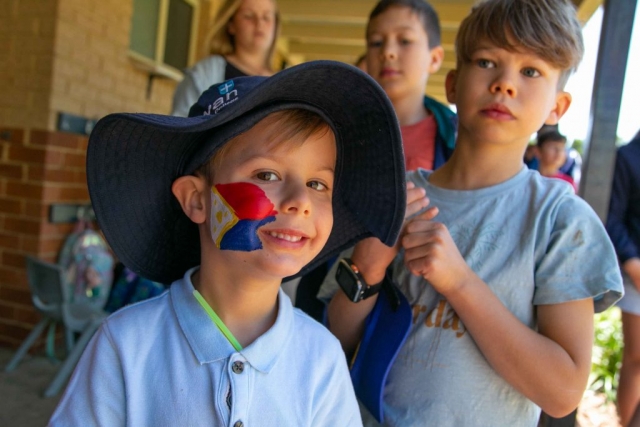 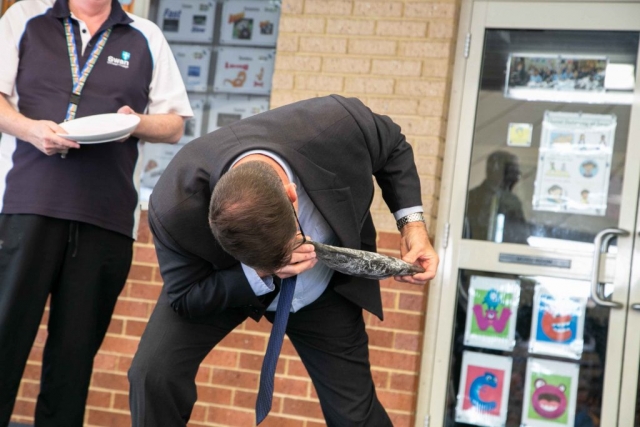 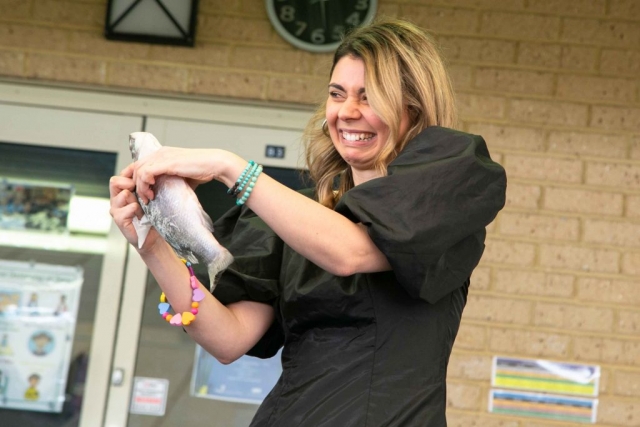 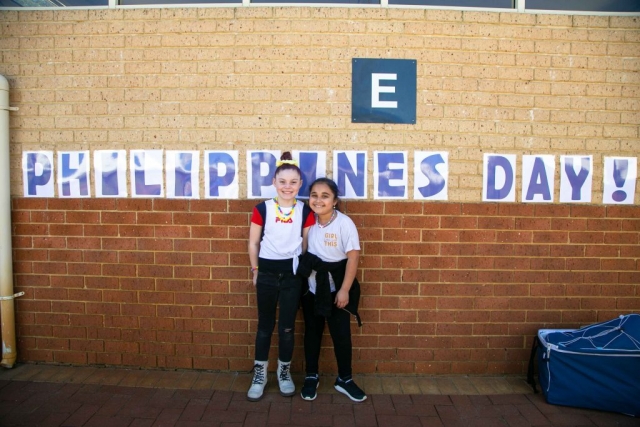